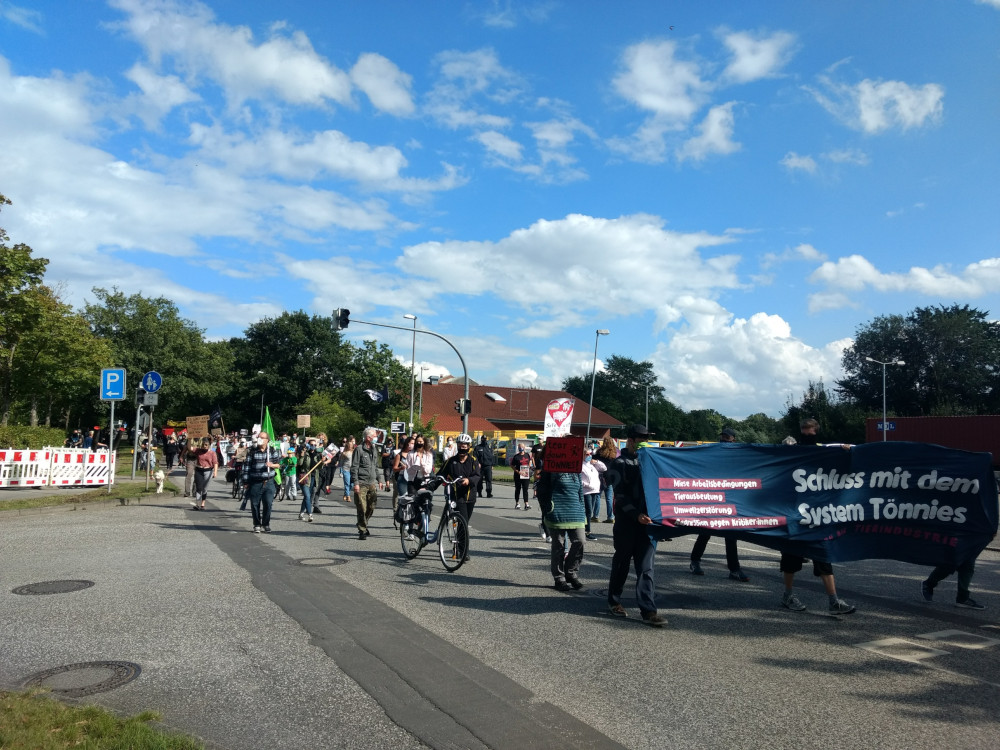 From our today’s press release:

250 people followed the call of the alliance “gemeinsam gegen die Tierindustrie” to protest against the Tönnies Group’s claims for damages against activists. The company demands 40,000 Euros from 30 animal rights and climate justice activists* of the action group “Tear Down Tönnies”, who blocked the slaughterhouse for several hours in October 2019.

In compliance with the minimum distance and equipped with mouth-nose-covering, the demonstrators* moved loudly shouting from the market place in Kellinghusen to the Tönnies slaughterhouse. With chants like “We are loud and we are here – for the liberation of humans and animals” they made their demands unmistakably clear.

Several speakers described the precarious and unworthy conditions of the workers in the slaughterhouses and pointed out the responsibility of the meat industry for the destruction of natural resources and thus the human-made climate change. The needs of animals and their disregard by the meat industry were also addressed.

In a greeting message of the campaign “We don’t shut up, we shut down” it was explained how activists are fighting against the power company RWE, which also demands compensation for damages from climate justice activists* for an action against coal mining.